i’m using with Brave, and i can enable it in private session (aka Incognito)

i was hoping that this could works also in Tor sessions (to record anonymously), but it doesn’t.
any idea how to debug more here? 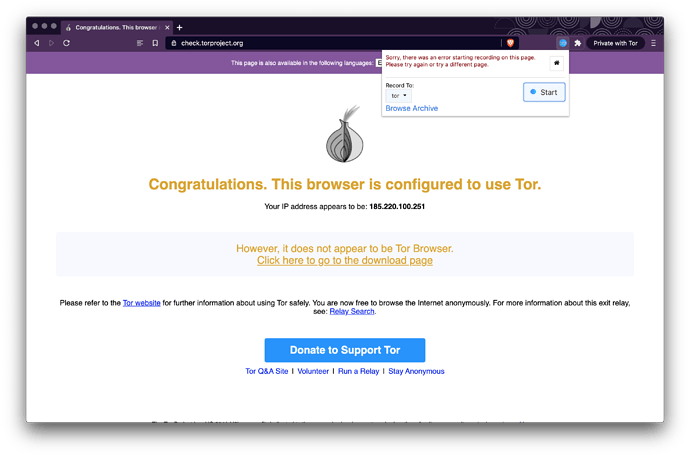 If you click on the ‘background page’ for the extension, there may be additional logging of the error that occurred. Perhaps its a security block somewhere.

Curious which version of Brave is this? I actually don’t see extensions at all on the ‘Private Browsing with Tor’ windows…

this is the error i got: 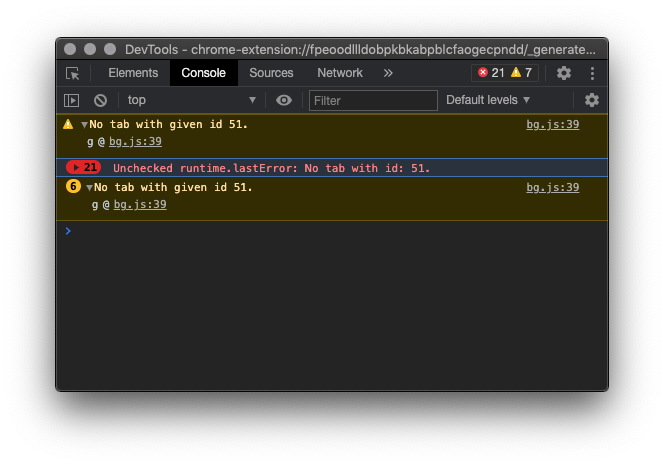 It turns out that it is possible to make it work. Based on this comment:

It requires setting the incognito property to split, where the data is then in the same process:

Reference documentation for the incognito property of manifest.json.

Unfortunately, that means the data will not actually be saved after the incognito profile is destroyed.
So, it can be archived, but then you need to download the data before closing the last Tor private window… this sort of make sense, as the archive becomes part of the incognito profile.
The same for regular incognito windows in Chrome.
I don’t know if that should be the default, though (it has to be set in the manifest.json), which will then mean that all incognito recording is cleared after the window is closed…

But, you can try this out by adding "incognito": "split" to the manifest.json and installing the extension from github…

thanks Ilya!
it works.

here a recording of check.torproject.org and nytimes tor site.

maybe i’m gonna writing something on this, updating this old post https://literarymachin.es/anonymous-webarchiving/

Great, glad that it worked for you!
I wish there was a way to toggle the incognito setting without reloading the extension.

I suppose both use cases can make sense in different situations, but can only support one:

Maybe @edsu has some thoughts on this too, as you were interested in archiving in incognito mode? Did you want that data to persist, or not necessarily?

i dropped a few quick notes here about the setup

Notion – The all-in-one workspace for your notes, tasks, wikis, and databases.

A new tool that blends your everyday work apps into one. It's the all-in-one workspace for you and your team

i’ve some friends that can test this (they are still using a dockerized pywb+tor).
speaking with them about the use case: it’s a better fit for them to record, download the wacz and close the browser. no matter if the recordings are not keeped